In 1954 WALA was founded by Walter Landers in Grefrath near Krefeld. It all started in the metalworking shop with the production of antenna accessories. Subsequently fencing and gate systems were manufactured and processed in the in-house powder coating plant. In the seventies, the dissembling of scrap cable was introduced into the range. The recirculation of raw materials and the simultaneous reprocessing of PVC consequently led to the concept of recycling – the beginning of the WALA PVC flooring.

Following an intensive series of tests, production of WALAstic floor tiles began early in 1980, with the headquarters now in Nettetal. In 1994, the company moved into a newly-constructed 4500 m² manufacturing facility in Nettetal. Since 2005 floor tiles made from new PVC material have been produced by new, modern injection moulding machines. In the process the colour palette could be considerably expanded and nearly all RAL-colours could and can be produced.

Floor tiles with a hidden interlocking system (design patented) made from recycled and new PVC are now offered, with various surface structures, new step-up tiles for avoiding edges leading to tripping and for marking, for example, the perimeters of trade fair booths or exhibition spaces. The first phthalate-free WALA Clip tiles for sensitive areas of application (e.g. schools and day-care) were introduced at the Domotex 2013.

Today- in the third generation – the family-run company looks back on tens of thousands of square metres of installed PVC flooring and satisfied customers who value quality, pleasing appearance and extreme flooring durability.

Ensured sustainability
We are certified by the German Institute for Sustainability & Economics!

In times of climate change and acute shortage of raw materials, the issue of sustainability is becoming increasingly existential. That is why we focus on sustainable and climate-friendly processes in the company. In cooperation with the German Institute for Sustainability & Economics, we are pleased to be able to provide you with proof of this. 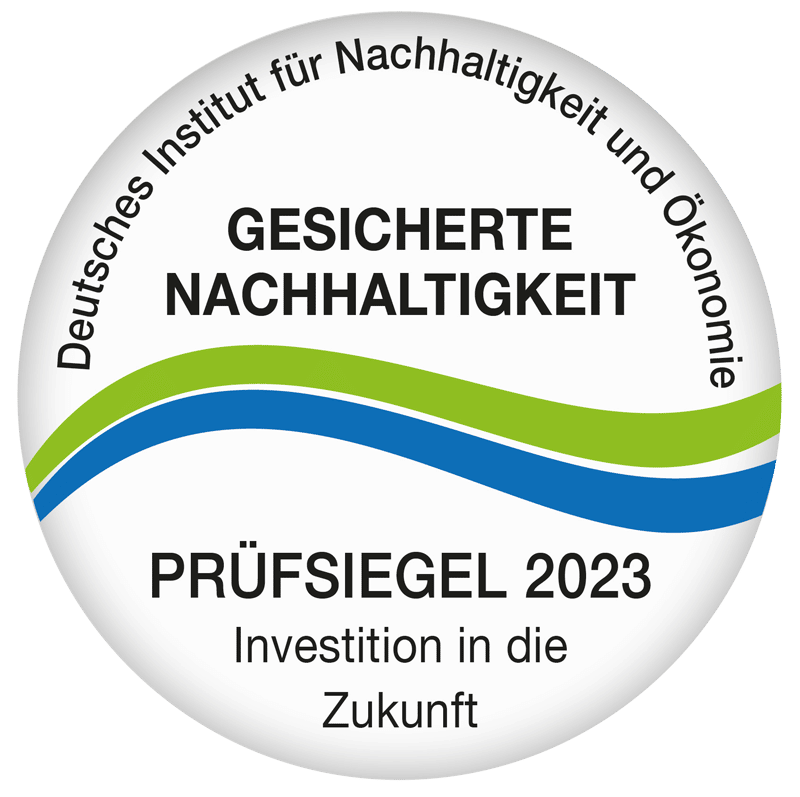